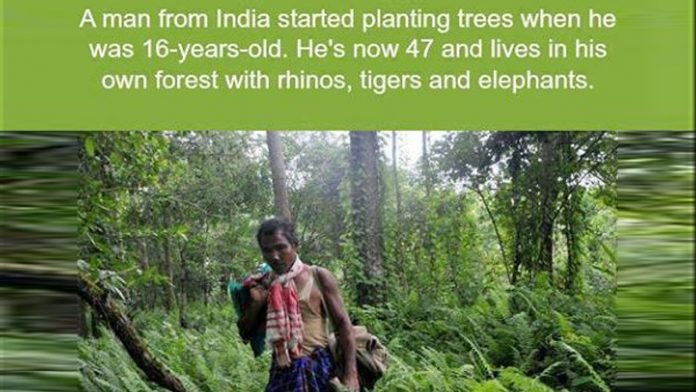 A little more than 30 years ago, a teenager named Jadav “Molai” Payeng began burying seeds along a barren sandbar near his birthplace in Assam to grow a refuge for wildlife.

Not long after, he decided to dedicate his life to this endeavor, so he moved to the site so he could work full-time creating a lush new forest ecosystem. Incredibly, the spot today hosts a sprawling 1,360 acres of jungle that Payeng planted — single-handedly.

Demonstrating a keen understanding of ecological balance, Payeng even transplanted ants to his burgeoning ecosystem to bolster its natural harmony.

Soon the shadeless sandbar was transformed into a self-functioning environment where a menagerie of creatures could dwell. The forest, called the Molai woods, now serves as a safe haven for numerous birds, deer, rhinos, tigers and elephants — species increasingly at risk from habitat loss.

“We’re amazed at Payeng,” says Gunin Saikia, assistant conservator of Forests. “He has been at it for 30 years. Had he been in any other country, he would have been made a hero.” 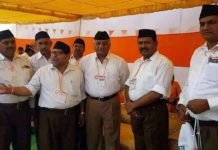 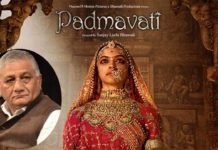 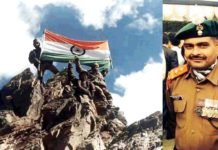